I love thin places. Not just the great cathedrals that were built on the sites of ancient temples or places of worship, but the thin places of any tradition.

Thin places are those places where the fabric of reality feels thin, where the spiritual energy of another reality seems to leak through into this one. It’s a place where people feel the presence of God, or feel grounded in their own being. Sometimes it’s a place where magical creatures are thought to live. Between Saltdean and Telscombe Cliffs there is a large field used for grazing, and from a gate in the fence on the main road there is a track that leads north. Over the first few hundred yards there are bushes and mounds either side. It’s a place where boggarts live. Not the romanticised creatures of Harry Potter ilk, but the real ones. They are creatures of the land. 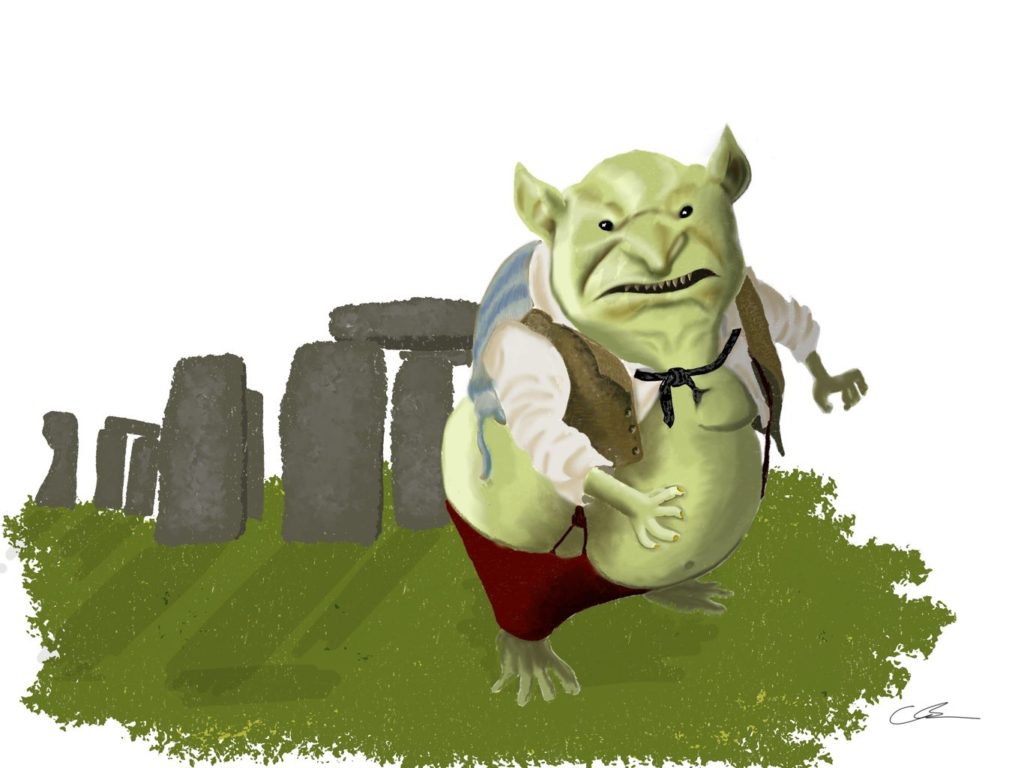 Much of Iceland is thin. Perhaps it is the newness of the place, the raw act of creation still very much in progress. It is a land of elves and trolls. If you’re lucky you’ll see one. And if you don’t believe then just have a chat with a few of the locals, you’re sure to find one that does,

Other places like Iona, Avebury, Stonehenge, have a subtle power that spreads over many acres, sometimes miles.

Sometimes thin places are specific, and I think they have perhaps been forged by hours upon hours of prayer or worship. Maybe it was an altar used for a thousand years; or, maybe it’s a grassy labyrinth only a few years old. (The Labyrinth at the Unitarian church in Hagerstown in Maryland is an extraordinarily spiritual place considering it’s only a few years old. Of course it may have been built on land once thought of as sacred – but I don’t have any proof of that.)

Recently a friend of mine mentioned that he was holding a meeting of Buddhists at his home. He said that he would have to bring his Butsudan (Altar) from the bedroom into the lounge. I didn’t know he had an altar. I was curious and asked to see it. He chanted briefly as he opened the door and immediately my chest, my heart chakra, began to vibrate. It began to move down to my stomach, the Sacral chakra, which is where God’s presence is always manifest for me.

Now, I don’t know anything much about chakras, they’re just a way of talking about what I feel. I think they sound better than ‘chest’, and ‘just below my belly button’. But that my friend whose home I’ve visited on a number of occasions had a thin space located in his bedroom, that absolutely floored me. I can only assume that the Altar was the focal point of his chanting and his constant prayers had created a doorway between this world and the other.

Now you might think I’m crazy. But understanding that there are places where spirit is manifest has made the world way more interesting for me. Sometimes I seek places out to visit, just to see what I feel and what experiences may wait there. Sometimes they take me by surprise (none more surprising than a Buddhist altar in a mate’s bedroom). But being ‘poor’ means that I am always seeking, always looking, always aware that God might leap on me unawares, the way a friend might do in a game of hide and seek.

I don’t know about the Kingdom of Heaven, but it certainly adds colour to the fabric of the world.

“Blessed are the poor in spirit, for theirs is the kingdom of heaven. Matthew 5:3