I knew I had to go to college and study theology. I wasn’t sure why. After all, I didn’t want to be a pastor. People piss me off. But I did feel the need to go and study.

The problem was I felt the need to go now and there was no way I could afford to. I had a mortgage, some serious debt, and was just making ends meet as it was. I couldn’t give up a solid salary for a student loan. And more than that, I had no academic history. Being dyslexic I didn’t even score high enough at school to get any grade in English, and I was excused R.E. on religious grounds.

The more I said no, not now, the worse the need to go got. The world turned grey. Everything I did went wrong. I was bored, more than I’d ever been, even though there was lots of interesting stuff around me. 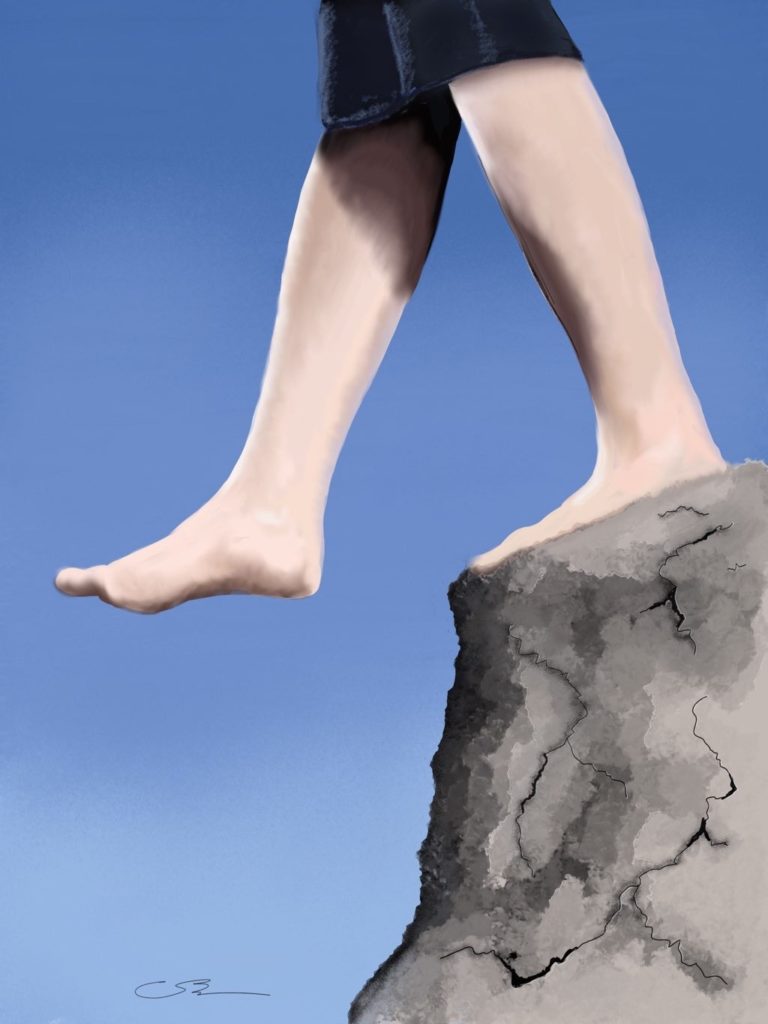 I prayed. “OK Lord, I’ll apply. If they let me in then I’ll trust that you’re going to pay for it”. And I applied.

The minute I’d sat down for the interview the tutor told me plainly that they would love to have me after I’d done a foundation course or an A level. Certainly not before. I sighed, with some disappointment and some relief.

“While I’m here” I said, “Would you mind helping me with a personal question? I don’t understand the concept of the trinity, it makes no sense to me whatsoever”.

I went home with a book list and a few basic instructions on how to put together an essay. The tutor said that the process would help me understand.

A week later I emailed her my essay to look at. I was quite proud of it – I’d never read an essay but I’d also never written one. And she was right, it did help.

That same day I received an email from her, inviting me to study at Kings college. The term started in two weeks. I was ecstatic. I was in a panic. There was lots to do and I couldn’t see how it could possibly work.

I stepped off the edge.

Eight weeks later I was with my partner on a beach called ‘paradise’ in Mykonos. It was quiet, the end of the season. There was a restaurant at the edge of the sand that played chill out music and served great food. I was out of debt. I had a much smaller mortgage payment. With my student loan and part time job I had more disposable income than I had before I started this whole adventure. And I had no idea how I got there.

Of course, the next time I needed to trust God it wasn’t any easier. It’s always different, and I’ve never learned how to trust. There’s always the temptation to put God to test over some trial of my own making, but even if God came through for me what would it prove? That God was Gracious and I was an idiot? It wouldn’t prove that God would come through every time.

Each act of faith is new.

For me it’s scary every time.
I wonder if it was the same for Jesus.

After coming out of the dessert it certainly was.
I’d bet it was one of his biggest temptations.

Then the devil took him to the holy city and placed him on the pinnacle of the temple, saying to him, “If you are the Son of God, throw yourself down; for it is written, ‘He will command his angels concerning you,’ and ‘On their hands they will bear you up, so that you will not dash your foot against a stone.’” Jesus said to him, “Again it is written, ‘Do not put the Lord your God to the test.’” Matthew 4:5-7