I liked her, I really did, but her behaviour was out of control. The first few months with the church had been great, but then she’d changed. Gradually she’d become belligerent and acerbic.

Firstly she brought her testicles to church. She wanted to show everyone. She’d had them removed, and liked to shock people by showing them the little brown bottle in which the two small fleshy masses were floating in formaldehyde. I asked her to please leave them at home, or at least not put them on the table when we were eating. She had a bizarre sense of humour, and she hated anyone telling her what to do.

The following week we went on retreat. I asked everyone to take a personal item to place on the altar. She took a small brown paper bag and insinuated that it contained the said bottle. To this day I don’t know whether or not her testicles were in that bag, but I was upset. Not because of what they were, but because she made a point of making a show of them simply to offend others, especially to offend me. I’d not come across such deep disrespect and insensitivity in a church member before.

I left a white board in the sanctuary with a stick figure drawn on it. She added breasts, nipples, and pubic hair. I suggested that some would see her playfulness as offensive, the sanctuary was not an appropriate place to express such a sense of humour.

Now, don’t get me wrong, my sense of humour is very ‘Monty Python’, and about as inappropriate as it gets, but I try to be careful where I express it. I don’t intentionally use it to desecrate someone’s holy space. At least I try very hard not to.

In a group setting she verbally attacked a church member. I defended them and asked her to make an apology. Oh boy, then it really did it hit the fan.

She wrote to every church member telling them how evil I was, and how I discriminated against her. She wrote to my denominational leaders saying the same thing.

I tried to build bridges but she wouldn’t meet with me, so I asked a deacon to act as a peace-broker and find out why she was behaving in such a manner. What had I done to offend her?

After spending some time with her my deacon reported back. Her assessment was that there was nothing I could do, the woman simply hated me – and for no reason that could be discovered.

I wondered if I represented authority for her in some way, and, if, as someone who actually cared for her I presented a target that could be wounded. I couldn’t imagine that her journey had been an easy one.

I wondered if she had confused behaviour with identity. Perhaps she thought that I was censuring her personhood and not just her inappropriate behaviour?

I was at a loss. I couldn’t sleep. The problem consumed me. I had no idea what to do. I went into therapy. It didn’t help.

Then Rev. Dolores Berry visited our church on an evangelists tour. She sang up a storm; and after everyone had gone home we sat and talked. I poured my heart out to her and asked her advice. What could I do to make things better? How could I resolve the situation? This poor woman, as challenging as her behaviour was, must be in pain. What could I do to help alleviate it? Was there a different way to address the behaviour? There were eight transgender people in my church, three in leadership, two in seminary. I didn’t think I was prejudiced? Was I? In which case how do I resolve that? And if not, what could I do to show that I wasn’t? I was at a loss.

I love Dolores. She’s one of the most remarkable women of God I have ever met, and the only black, lesbian evangelist I know of. I was honoured that she would come and sing for us, even more so that she would take the time out to pastor me.

She looked at me with her big soft eyes and said,
“You want to know why this woman hates you so much, honey?”
I nodded my head, tears rolling down my cheeks.
She reached out and took my hands in hers. She looked me right in the eye and said,
“You breathe in – and you breathe out. It’s as simple as that”. 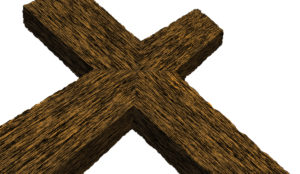 It comes with the job.

Again he entered the synagogue, and a man was there who had a withered hand. They watched him to see whether he would cure him on the Sabbath, so that they might accuse him. Mark 3:1-2

One thought on “The cross hurts”