Was that cancer your fault?

In the hospital ward two men lay in identical beds, hooked up to identical machines, both suffering with identical maladies. Both men were living with, or perhaps dying of, lung cancer.

The machines pumped oxygen into a mask, swallowed by the men with shallow breaths into failing lungs. Each one had a line in his wrist, morphine on tap and a little red button for the extra shot. These eased their discomfort somewhat, reduced the terrible, terrible, feeling that they were drowning – although ‘comfortable’ had become a relative term.

The nurse came in and went to one of the beds. He took the temperature, checked the pulse, made sure there was enough oxygen and morphine for the next few hours, and then wrote on the chart.

The nurse then repeated the procedure for the second bed.

Even the smile, generous and caring.

And after he had checked each man, straightened their sheets, made sure all was in order, he asked them if they needed anything.

There was nothing that the nurse could give them anyway.

He left them knowing that in another four hours he’d be back around to check again, and if there was an emergency of any kind a buzzer would sound, lights would flash, and someone would run to see how they could help – if they could help at all.

At the bottom of each bed a chart accused each man. It was filled in religiously by every nurse and doctor who stopped by to check on them. There was a page of general information, and then pages of graph paper, little spots plotted in pencil, and red lines tracing their path like a macabre dot-to-dot picture. Down, inevitably down.

Even fearing that it made absolutely no difference to the universe anyway,
you just couldn’t tell,
and, perhaps, you would never know.

Which man had been a smoker, and which one had not. 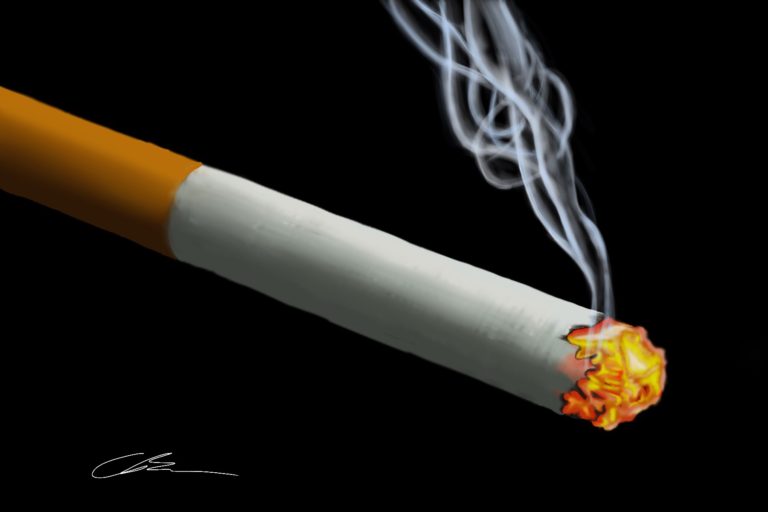